home
get the series
homeget the series
DELIVERED FROM DEPRESSION AND SELF-HARM, NOW PREACHING GRACE
Pastor Prince, I want to thank you for the blessed truths you have brought into my life.Two years ago after the birth of my son, I started to find it hard to cope.

I was caring for our two-year-old daughter and at that time, my husband and I had just started leading a new church.

I didn’t want to show anyone that I was struggling for fear of setting a “bad example.” I did confide in a few close friends but they told me I just needed to shoulder all the responsibilities fully. Trying to do this brought on a lot of problems.

Eventually, I was hospitalized for ten weeks. I was put on a lot of medication. The next year, I spent about eight months in the hospital. I battled deep depression and crippling fears.

I can’t begin to explain the depths of darkness I was in.

I turned to alcohol to dull the pain and even attempted suicide.

I had been a Christian for ten years before all this happened, but what I experienced was so overwhelming it nearly killed me. I couldn’t function. I couldn’t think straight or care for my kids. I felt like a failure as a mother and wife, especially when my husband was a pastor.

The worst part was that I was harming myself. I hated myself and began cutting myself badly. I was trapped in a downward cycle of condemnation and fear but couldn’t see it. I would practice self-harm, then feel condemned that I had done it, which then resulted in me doing it all the more. I was lost in constant condemnation.

One time I was in my hospital room and had no words to pray and no strength to think. I simply prayed in tongues for three hours! After that, God reached me by reminding me of the story of the prodigal son.

This time, instead of seeing the son’s need for the father, my heavenly Father showed me His love for me.

After I was discharged, I made it a point to watch one of your sermon broadcasts (which I’d come to discover) every day. That was when true change happened.

I realized that the church I had been in ever since I was saved was preaching so much law and self-works and I hadn’t noticed it! It had slowly crushed me as it placed me under so much pressure. I couldn’t stand up under it anymore and I crumbled.Once I saw grace, I couldn’t believe I hadn’t seen it before.

Law and self-works are so crippling and only in Christ is there true freedom! He is the way, the truth and the life. Whatever we need in any shape or form, Jesus is the answer! We don’t even need to seek Him for the answer; He is the answer! As we look to Him, gaze upon His kindness, goodness, and everlasting love, the things in our lives get blessed. Jesus is the one I want to point to with every breath in my body. He is so wonderful and great—more than words can say!

My heavenly Father broke my addiction to self-harm. He has freed my mind and released me from the demands of the law. Not only that, my husband has been transformed too by watching your sermon broadcasts with me.

The changes I have seen in his life have both amazed and blessed me.

We read your book. The Power of Right Believing, and have been so blessed by it. We now preach grace unashamedly in our church! Sometimes, we play one of your video messages on the big screen on a Sunday morning. Our home group uses your book.

I am not ashamed of the struggles I have been through. I can now declare the greatness of God and give Him all the glory.

Thank you so much. We are so blessed.I know that the message of grace is sweeping the earth and God is doing something so exciting and wonderful.We are humbled to feel that we are a part of it. 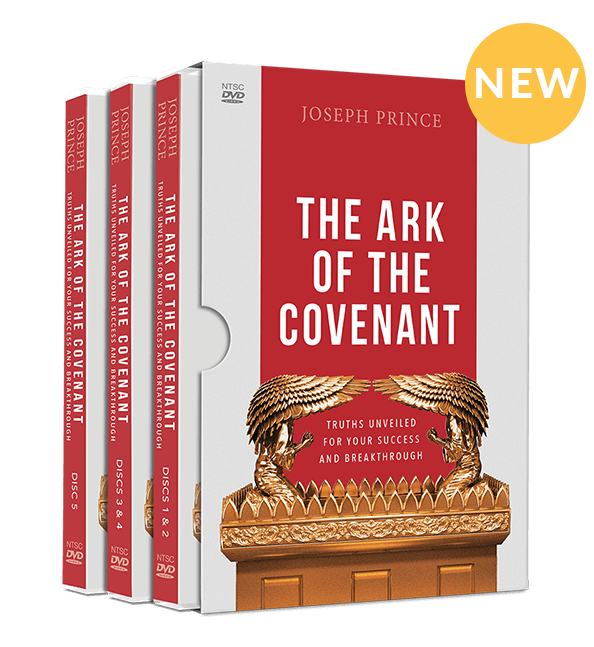 JOSEPH PRINCE'S LATEST SERIES
The Ark of the Covenant
—Truths Unveiled for your Success and Breakthrough
GET IT TODAY
© 2019 JosephPrince.com. All rights reserved.

All Scripture quotations, unless otherwise indicated, are taken from the New King James Version ®.
Copyright © 1982 by Thomas Nelson. Used by permission. All rights reserved.
Handcrafted by